Tainted blood has impacted thousands of Australians.  Right up until the 1990’s patients were exposed to blood and blood products that were tainted by deadly viruses.  Victims of this scandal include adults, children, pregnant women, haemophiliacs, the sick, the anaemic, accident victims, and those having had elective surgery, they have not been isolated to the acutely ill who would have died without an urgent transfusion.

While this is a medical scandal the like of which Australia has never seen before, it is in essence, first and foremost, a human tragedy that has destroyed the lives of many men, women and children…And it is these very people and their rights to justice that we fight for.

17th October 2020
Today marks one year on from giving my oral witness statement to the Infected Blood Public Inquiry.
Sadly, we are still seeing a victim of this scandal die every ninety six hours, as the commitments made by the British government remain without action.
In my closing statement I spoke from the heart and I wish to repeat those words again today:
“I would like to start by paying tribute to the thousands of victims caught up in this disaster. The everyday people who have demanded answers along with justice for far too long. To those little boys labelled as the “doomed” ones who never had the chance to grow up whose voices were stolen from our community. The family’s torn apart living in fear of stigma, attack, hatred and cruelty. The brave people who have spoken out placing their lives at risk to make the world more understanding and one in which attitudes are changing”.
“I sit here in front of you as living proof of what atrocities can be afflicted upon a child. Damaged, yes but with those who are unable to attend in my heart”.
To all my fellow blood brothers and sisters in the UK, Australia, New Zealand and around the world my love and support, as well as the fight for justice continues.

Norman the Australian Tainted Blood Kangaroo sat proudly with me as I gave evidence to the Infected Blood Inquiry.
The Australian government has completely ignored their Haemophilia victims and in some cases used threats to patients treatment supply. Using blackmail to prevent victims from taking legal action.
Justice delayed is justice denied
You can watch the evidence I gave by clicking the link below:

Mr Ball is making a “last ditch bid” for compensation for his family and to make the country aware of the plight of thousands of Australians he says were abandoned by their own government after being infected through no fault of their own. 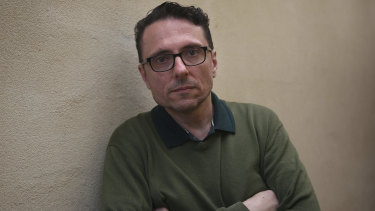 A global scandal of wholesale mass slaughter. The suffering inflicted differs slightly within each country. Sadly, the exploitation, premature deaths and other offences committed on haemophiliacs is plain to see. When doctors, politicians and big businesses focus on profits over safety and lives in the blood trade, nobody is safe.

In 2002, victims of Australia’s worst medical disaster, contaminated blood, sacrificed their rights to privacy, and gave their accounts on national television. Victims included adults, children, pregnant women, the sick, the anaemic, accident victims, and those having had elective surgery. Recipients of blood and blood products contaminated by Hepatitis C were victims, who went into hospital, received contaminated transfusions or medicines like factor V111 for haemophiliacs, and ended up with this life-changing disease. The Sunday programme exposed how 20 000 Australian hospital patients had fallen victim to Hepatitic contaminated blood. Alarmingly, the inquiry also learned that years later, 9000 of them had still not been contacted by authorities and notified of their infections.

The majority of victims told of a changed life, in which they experienced debilitating symptoms, loss of employment, financial hardship, marriage break ups, discrimination, liver failure, and a life of uncertainty. Consequently the Sunday programme learned that while this was a medical disaster, it was in essence, first and foremost, a human tragedy that destroyed the lives of many men, women and children.

In 1996 CSL admitted that it had mixed Australian blood with blood from several foreign countries for distribution in Australia.

In 1999 the Australian National Audit Office released a report entitled, Commonwealth Management and Regulation of Plasma Fractionation (See Audit Office site at www.anao.gov.au). The Auditor-General reported that, in October 1998, a Health Department officer on a visit to the US discovered that CSL had breached safety regulations by importing and processing plasma from at least one US source without the Health Department’s knowledge and without submitting the records of the plasma importation.

Following this discovery, Health Department officials raided CSL’s Broadmeadows facility on November 24, 1998. They confirmed that breaches of safety protocols had occurred. In spite of these safety breaches, between December 1998 and June 1999, CSL continued to process foreign-sourced blood without the approval of the Health Department.

Thousands of Australian’s were infected with hepatitis C from blood and blood products. No help, apology, or justice has ever been afforded to the children whose lives were destroyed by this.

It is now time for the Prime Minister, Malcolm Turnbull and the Australian government to properly investigate this mass slaughter of innocent lives.

Long wait: Charles MacKenzie has fought governments, health bureaucrats and blood providers for years after up to 20,000 Australians knowingly received “tainted blood” in the 1970s, 1980s and early 1990s. He is campaigning for the apology the Australian Government committed to in 2005. Picture: Simone De Peak.

Up to 20,000 other Australians – including babies, children, women after childbirth and haemophiliacs – are believed to have received “tainted blood” transfusions in the 1970s, 1980s and early 1990s, in what has been described as a human health disaster and global scandal. 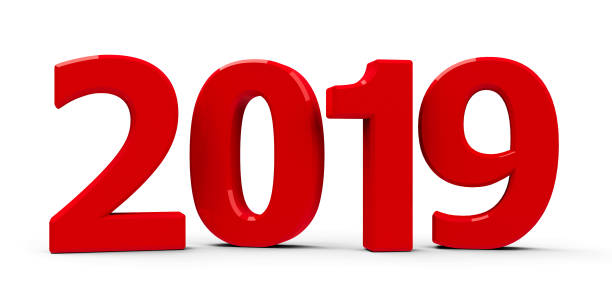 The most shocking evidence from a heroic blood donor down in Australia.

While Serving in the Australian Navy, Mick needed blood to save his life after a tragic accident. He wanted to return the favour of blood donation when he was able to and like the hero he is went and gave blood.

After donating he was shocked to be informed that he was infected with the deadly virus hepatitis C as a result of the blood that was given to him after his accident.

Incredibly Mick was then asked to keep on donating his tainted blood so that the Australian government could give that blood plasma to Australians with the bleeding disorder haemophilia.90% of whom became infected with hepatitis C as result of terrrible decisions like this.

The Australian government knowingly distributed unsafe blood plasma in the 1970s, 80s and 90s. 1300 haemophiliacs were infected with hepatitis C and thousands of medical patients were infected via tainted blood transfusions. And yet there has been no appropriate investigation and no support for victims of Australia’s most shocking medical scandal.

Please support the campaign for justice at taintedbloodaustralia.com

The colours of mass murder and government criminality

The global trade in blood which has seen death, contempt and abuse exported throughout the world is an issue every country should investigating. If not, why not?

Australian haemophiliacs are people with rights and not collateral damage as so many appear to believe. 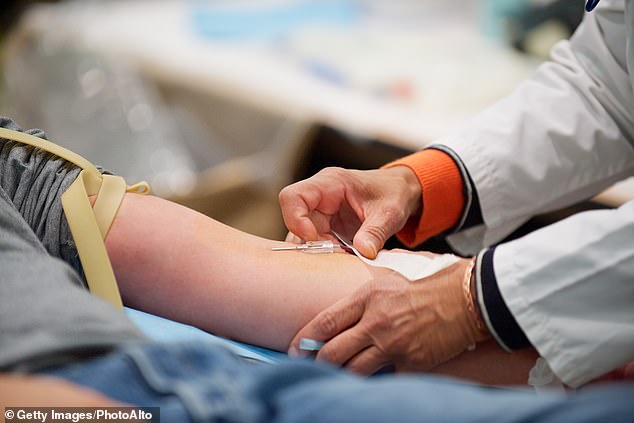 Amazing how the guilty and the implicated in the global genocide of haemophiliacs are sticking together. Those who claim to care for a community have never called for justice. Instead they continue to ignore the criminal, immoral and totally avoidable tragedy used throughout the world by the dealers in blood and death.

Australia Day is a time to reflect on shared histories and rededicate ourselves to the future, says Prime Minister Scott Morrison.

“No country is perfect, we are not, but we have a lot to celebrate.”

Will that mean Mr Morrison and his government will address the forgotten Australian victims of the global contaminated blood scandal?

Spending time with Rev Bill Crews is an honour. But to chat to him with Australia listening was a real buzz.

Interview on ABC News, following the launch of Australian Tainted Blood victims campaign for a judicial inquiry into this global scandal.

"This isn't about money, it's about answers. Is our healthcare system safe?" Australian Campaigner and victim Charles Mackenzie @Haemosexual & British Inquiry Campaigner Mark Ward launch their campaign for a judicial inquiry on tainted blood transfusions pic.twitter.com/xqfrjXf2AQ

The words come straight from the heart when you are talking to friends. I am honoured to be one of the people to call Rev Bill Crews just that, my friend

Today in Sydney another step towards justice and a safer world was taken. If we do not learn from the past how can we protect the future?

It’s estimated more than 8,000 Australians were infected with hepatitis and HIV due to tainted blood transfusions in the 1970s, 80s and 90s.

G’day Sydney.
As I arrived in the Land Down Under the story of the Australian Tainted Blood victims broke. This global scandal has seen thousands of avoidable deaths, which numerous governments have witnessed. Do we really have any rights as human beings when innocent little boys have been slaughtered for profit and embarrassment.