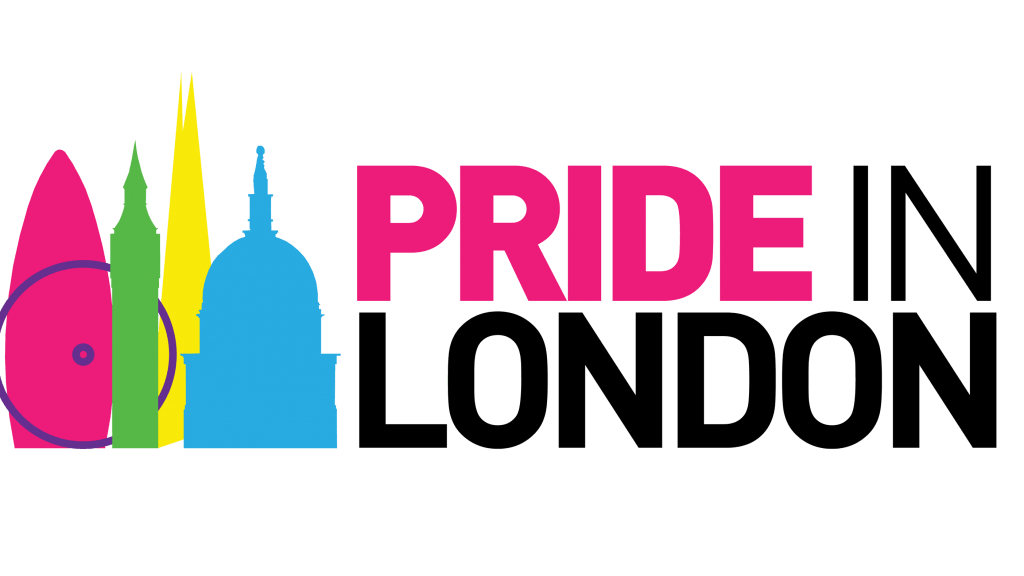 Thank you to the partners of Pride in London 2018, without whom, Pride simply would not happen.

The Leader of the Opposition, Jeremy Corbyn sends his wishes for Pride in London 2018.

UK Prime Minister Theresa May sends her wishes for Pride in London 2018.

Chief Superintendent, Helen Millichap, explains how Metropolitan Police have been working with Pride in London. This year’s Pride festival is in full swing

The Pride Festival plays host to 100+ LGBT+ events all across London every year. In the weeks leading up to Pride you’ll find everything from cabaret to sports tryouts to family picnics all across the capital.

This year’s theme is #PrideMatters

Our Matter of Pride survey earlier this year showed us that pride means many things to many people. For 78% of the LGBT+ community it means celebration, while for 62% it means diversity.

So to come up with one theme that works for everyone is certainly no easy task.

That’s why this year our theme is “Pride Matters” (#PrideMatters).

We want people to ask themselves: what does Pride mean to you?

This applies for all parts of Pride in London this year. At our Festival and Events we will be asking people to talk more about what Pride means to them and why it is important to them. In our shop you’ll find our merchandise that includes some of the most popular words that were called out in our survey. On the stages on the day we’ll be asking presenters and guests to talk about what Pride means, just as we have been in our recent Pride in London Live discussion series.

This also extends to our parade groups. By asking what Pride means to you, it could mean getting together outside of work to celebrate everything your LGBT+ group has been doing to improve equality in the workplace. For community groups it could be thinking about how Pride helps to raise visibility of your cause and let others know there are other people like you out there.

Some of the steps Parade groups have been taking are:Asking everyone who is taking part in your group to answer the question – what does Pride mean to you?

1. Choosing some of the best people’s answers and get them printed on banners/flags/placards for the day.

2. Filming some of the best people talking about what it means to them (ideally on the day) for social content.

Pride means so many things to so many people and we want to see the richness and diversity of all of that across all of our events this year.

Leading up to the big gay day on the 7th of July 2018, you can watch all the Pride in London videos which will be covering a wide variety of subjects. They will hopefully make you think about important issues faced by today’s LGBTQ+ community. 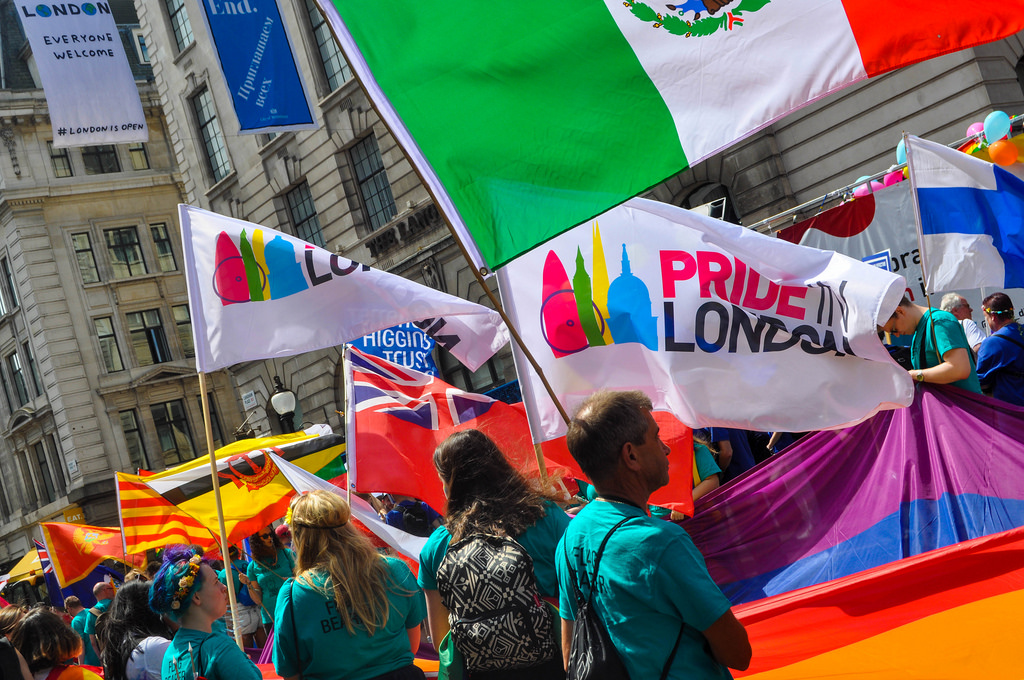 Support in the Community

In our final Pride in London Live episode of the 2018 season we will explore ‘Support in the Community’. So much has happened over the past 51 years since the partial legalisation of homosexuality, but how much more needs to be done? With the results from the largest survey of the LGBT+ community in the UK due very soon – what are the challenges the community faces and is the right support in place?

Being LGBT+ at work

In our fifth Pride in London Live episode of the 2018 season we will explore being LGBT+ at work, the issues that some in the LGBT+ community particularly face and how employers can support their LGBT+ staff.

What health and mental health challenges do LGBT+ people face today? Watch our panel discuss and share their insights. Comment with your thoughts and questions and we might read them on air! #PrideInLondonLIVE

▪ Adele Roberts, Radio Presenter, DJ and Ambassador for Heads Together

Experiences of being BAME and LGBT+

How can we make sure people of colour own the conversation about being LGBT+? Watch our panel discuss and share their insights. Comment with your thoughts and questions and we might read them on air! #PrideInLondonLIVE

What are some of the challenges that transgender, non-binary or genderqueer people face today?

What challenges do transgender, non-binary and genderqueer people face today? Watch our panel discuss and share their insights. Comment with your thoughts and questions and we might read them on air! #PrideInLondonLIVE

Does Pride matter? Is it still relevant? What purpose should Pride today fulfill? Watch our panel discuss and share their insights into what Pride means to them #PrideInLondonLIVE ▪ Zoe Adjonyoh, Zoe’s Ghana Kitchen

After Hundreds of applicants, 12 weeks of auditions, 1 amazing host, 40 judges and key venues across the LGBT+ London footprint; we arrived at the FINALS of Pride’s Got Talent 2018 where L.M.R was crowned the winners and Grace Hartrey was announced as the well deserved runner up! L.M.R will be supporting the headline act and be jetted off to EuroPride 2018 in Stockholm to perform. All of the Pride’s Got Talent finalists will perform on the Trafalgar Square stage – so make sure to see them on Saturday 7 July!

Busty And Ginger Win Pride’s Got Talent Cabaret 2018 And Will Perform At Pride in Trafalgar Square!

After Hundreds of applicants, 12 weeks of auditions, 1 amazing host, 40 judges and key venues across the LGBT+ London footprint; we arrived at the FINALS of Pride’s Got Talent Cabaret 2018 where Busty and Ginger were crowned the winners and Smashlyn Monroe was announced as the well deserved runner up! All of the Pride’s Got Talent Cabaret finalists will perform on the Cabaret stage – so make sure to head into Soho on Saturday 7 July!

To find out what pride means 46 years since the first protest through the streets, Pride in London is today launching its largest research project – A Matter of Pride (#MatterOfPride) as part of making this year’s event the most diverse and inclusive ever. The volunteer-led organisation, which puts on hundreds of events that culminate in a parade through the capital’s streets, wants to hear the views of the whole LGBTQ+ community – estimated to be over 1m of the UK population. Starting with volunteers and community groups, the group has been asking “what does pride mean to you?” and now to mark the end of LGBT History Month, the Community Interest Company is launching a major nationwide consultation in partnership with YouGov.

Have your say and fill in our survey here: http://www.prideinlondon.org/survey

UCL Debating Society hosted a debate on the motion: ‘This House Believes Pride has Lost Its Meaning’

Peter Tatchell – A Veteran Human Rights and LGBTQ+ campaigner and founder of the Human Right’s Organisation “The Peter Tatchell Foundation”. Peter has campaigned against international LGBTQ+ discrimination by protesting against Russia for anti LGBTQ+ laws and on numerous occasions brought human right atrocities to light.

Trudy Howson – Trudy Howson is the current LGBT Poet Laureate (2016-19) whose poetry reflects and celebrates our diverse community. Trudy has worked in the entertainment industry all her life as an actor, singer and poet. She has actively campaigned through her work for Equality and Justice for Women. People of Colour and the LGBTQ+ Community since the late 70’s.

Asad Dhunna – Director of Communications and Associate Director for Pride in London and LGBTQ+ Muslim activist. Asad also blogs on his life and thoughts on LGBTQ+ Muslim issues and has published articles with Huffinton Post, The Guardian, the Independent and Vice.

Jacqui Gavin – An Award Winning and leading Trans Activist, Role Model and Model! Jacqui is the Diversity and Inclusion Lead at the Department for International Trade within the Civil Service.

Save the date! Saturday 7 July has been announced as Pride in London Parade Day for 2018. How excited are we?