A LONE VOICE FOR LGBTQ HAEMOPHILIACS

On the eve of meeting with Sir Brian Langstaff, chair of the public inquiry into the contaminated blood scandal, I am proud to share my interview with Gretchen Hammond.

A LONE VOICE FOR LGBTQ HEMOPHILIACS

IGNORED BY ADVOCACY ORGANIZATIONS, LGBTQ HEMOPHILIACS HAVE AT LEAST ONE RESOURCE 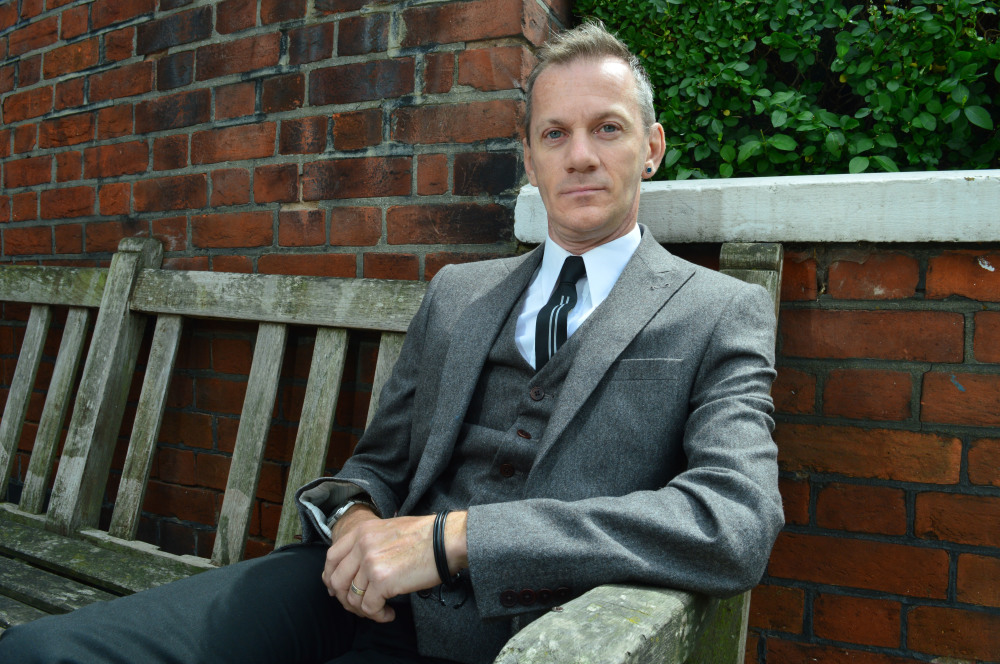 Even as the LGBTQ community grows in both population numbers and the breadth of its acronym, there are many within it who remain isolated—lone voices whose call for acceptance and justice s just as resounding as the demands of leading groups within the full chorus.

One such voice belongs to Mark Ward.

As an out gay man who lives with hemophilia, Ward has spent his days displaced from even the furthest borders of a society which, even in today’s comparatively progressive world, has kept both eyes blind to the fact that an LGBTQ hemophilia population even exists never mind the punishing effects of the condition on every aspect of their daily lives. Even among the litany of hemophilia advocacy groups and NGOs nationwide, there is little or no information or resources dedicated to the LGBTQ community—an absence of acknowledgement which recalls and maintains the outright shunning of gays and lesbians at the height of the HIV/AIDs epidemic.

The founder of haemosexual.com, Ward is waging essentially a one-man battle to change all that whether from his home in Brighton, England or by representing the silenced through asserting his presence at hemophilia meetings and societies worldwide.

“I’ve been trying for over 25 years, working off and on with The HaemophIlia Society here in the UK, to address the subject of LGBTQ hemophiliacs or people with bleeding disorders,” he asserted. “I kept being told that the subject ‘wasn’t really suitable’ and that it was ‘too explicit to talk about sex’. I just kept being fobbed off.”

The quelling was particular when it came to the subject of MSM (men who have sex with men) blood donations. The ban’s history reaches back to the mid-1980s when theories such as catching HIV from a toilet seat or a dirty bar glass were part of a media-fueled panic. Even though such ideas seem almost comical today, the MSM ban remains and varies from indefinite in countries such as Denmark and China to a one-year deferral in the United States. In 2017, the United Kingdom relaxed the deferral period to three months.

“As a hemophiliac, its something that was the focus of the AIDS crisis,” Ward recalled. “With medical advancements, we can screen people’s blood and put better protocols in place so that there isn’t a need to exclude someone because of their orientation. Sadly, within the hemophilia world, there are still a number of people who still blame the gay community for their infections. Despite me being an active and very vocal gay man on the hemophilia circuit, it doesn’t compute with them. At the World Federation of Hemophilia, the subject of LGBTQ people with bleeding disorders is taboo; its not recognized.”

Ward believes that the reason for the World Federation’s silence and that of most hemophilia organizations worldwide is based on a kowtowing to pharmaceutical and government donors which still have a great deal to answer for with regards to their actions during the emergence of the AIDS crisis over three decades ago.

It was then that numbers as high as 90 percent of hemophilia sufferers contracted HIV through blood transfusions.

“Here in the UK, nearly every single hemophiliac in the UK was infected with Hepatitis C,” Ward said. “Within that five thousand, 1,249 were given HIV. Today there are only 248 of those people who are alive. The World Federation of Hemophilia have never called for justice for the victims of contaminated blood. They have never called for a mission statement to see the end of HIV in hemophilia. Even in the UK, I can say with 100 percent certainty, that I’m the only person who has called to see the end of HIV diagnosis in hemophilia.”

“When I was a teenager, I asked if there were any gay hemophiliacs,” Ward recalled. “My doctors and nurses told me ‘no.’ When I said I thought I might be gay, I was told it was a ‘phase.’ Finally, a doctor told me that if there were gay hemophiliacs, they were very rare and the few that there are have ‘chosen chastity and to follow religion.’”

Ward was 14 when he was told he was infected with HIV.

“There I was thinking ‘maybe I’m gay’ and I had what they called the gay plague,” he said. “I had nobody to talk to and no information.”

Still, Ward lived as full a life as possible, following his dream to become a part of the airline industry.

“I was the first hemophiliac anywhere in the world to work front line for a major airline,” he said. “During my interview, I told them that ‘to work around planes, I would sweep the runway with a toothbrush’. It got me the job!”

Ward was quickly accepted by his colleagues and began to make friends.

“It was everything I wanted,” he remembered. “One of my friends took me around the gay scene in London for the first time and I knew it was where I belonged; that everything I was feeling was genuine.”

However, when he would visit medical staff in his local hemophilia center, Ward found himself facing the full brunt of discrimination and disdain.

“They didn’t like the fact that I was flamboyant and open about my sexuality,” he said. “A hemophilia nurse told me ‘this is a family-run center. Certain things should not be discussed.’ Looking back, I was broken up into so many pieces. I was Mark, the hemophiliac with AIDS. The way I was treated was like a laboratory experiment. It was horrific. They never thought about the psychological impact it was having.”

Ward found his humanity through volunteering with LGBTQ organizations. While they embraced him, hemophilia societies kept him beyond arm’s length.

Even with the massive leaps the United Kingdom has taken in LGBTQ-affirming rights, which have far outpaced those in the United States, Ward asserts that, within hemophilia groups today, nothing has changed.

“I wrote to all the hemophilia societies in Europe asking them what protocols they had or information they supplied for LGBT people with a bleeding disorder and all of them came back with virtually the same response: they don’t provide any.”

“Here in the UK, inclusion and diversity are really buzzwords in business,” Ward added. “That’s considered an asset but, in healthcare, it’s the opposite. People are seen as a condition and not a whole person. I’ve experienced a lot of abuse and homophobia in hospitals in my time.”

In 2014, Ward founded haemosexual.com as a “developing, community-based online support and information resource designed to offer practical advice and information, along with providing education to patients, medical professionals and other organizations. Our aim is that those who are vulnerable become properly protected, which means communicating with them as people and not a condition.”

His life-mission is not limited to managing a website.

“I’m trying to raise issues within hemophilia that, when you add in the dimension of sexuality, there are dangers,” Ward said. “A love bite [hickey] can kill us through suffocation. If someone lays on your arm, you can end up with internal bleeding. I’m not sitting here saying ‘you mustn’t do this or that’ but ‘however you choose to live your life, do it with knowledge and under your terms.’”

Ward has become a singular go-to resource for knowledge on LGBTQ hemophilia while remaining a constantly visible activist in the campaign for justice for those who became infected via contaminated blood—a task which has essentially forced him to become a gatecrasher.

“I don’t get invited to meetings regarding the contaminated blood scandal,” Ward said. “I’m always overlooked so I have to invite myself. At the Hemophilia Society, there are plenty of youth ambassadors, but they don’t have one anywhere in the world from the LGBTQ community.”

When the BBC were looking for subjects on an MSM blood donation story, they came to Ward after the Hemophilia Society offered little or no help. His co-written booklet Haemosexual has been continually rejected by the society and its affiliated centers despite offering vital health and safety information while assuring LGBTQ hemophiliacs that they are not alone.

Meanwhile, Ward says the response to the website has been tremendous. So much so that he recently launched Haemosexual Australia after a visit and media tour of the country.

Ward’s fight continues. It may be solitary and constantly uphill but, unlike memories of his own youth, at least he is someone to whom an LGBTQ hemophiliac can turn.

“Obviously, I want to ensure people have access to education,” he said. “But I also want to be a beacon of hope or that one person who really does understand.”

Read more articles from Gretchen Rachel Hammond and The Intersections: