Don’t be Tricked this Halloween!

The time has come for dressing up and getting down!!  Don’t forget there are lots of nasty gremlins out there that you don’t want to bring home.  Wearing a condom greatly reduces the chances of catching a sexually transmitted infection, so make sure you’re covered.

Condoms are an important part of a good healthy and safe sex life, so it’s important that you find the right one, just like you would with any other safety equipment you would plan to purchase. Most men would admit they don’t know much about the condoms they buy or the different types and sizes that are available to them, and yet most have had experiences where the condom has either fallen off, or split, both of which could lead to possible infection if one partner was infected.

HALLOWEEN might be a time of spooky ghosts and ghouls, but the organisation running sexual health services in Worcestershire is reminding people not to lose sight of the importance of safe sex.

Worcestershire Health and Care Trust’s sexual health team has released a series of three Halloween-themed posters with messages such as: ‘Don’t let your past come back to haunt you’, and ‘No matter how you are dressed this Halloween, wear a condom’.

The trust’s health promotion specialist Kate Wilson said it was hoped the presenting a serious issue in a light-hearted way would help get the message across.

“In a sexual context this means ensuring that every sexual encounter is as safe, both physically and emotionally, as it can be,” she said.

“If someone does want to talk about any aspect of sexual health, including contraception options, relationships or sexually transmitted infection testing they are encouraged to visit a local service.”

Although our chums on the other side of the Atlantic may be better at celebrating Halloween, us Brits also love to dress up and let loose every October 31st.

But this year, how many of us will be going home the morning after with more than a headache and a handful of Pick ‘n’ Mix…?

STIs on the rise

According to a recent study carried out by Public Health England, sexually transmitted infections (STIs) are still going strong in the UK and a couple of them are even on the rise.

The report, which looked at data collected from around the country in 2014, states that the UK’s fastest-climbing STI (aka the one that has made a bigger comeback than Michael Myers in a Halloween sequel) is syphilis, with diagnoses increasing by a whopping 33% from 2013 to 2014. Pretty scary, huh?

Second to syphilis was gonorrhoea, which went up by 19%, while the most commonly diagnosed sexually transmitted infection was chlamydia (with 206,774 cases).

Perhaps most worrying is the increase in diagnoses of STIs amongst men who have sex with men: gonorrhoea diagnoses rose for this category by 32%, chlamydia by 26% and syphilis by a terrifying 46% (thankfully, these three STIs can usually be cleared up with a round of antibiotics).

In response to the statistics, Public Health England has made the sensible recommendation that ‘prevention efforts should include ensuring open access to sexual health services and STI screening and should focus on groups at highest risk’, and that men who have sex with men ‘should have a full HIV and STI screen at least annually, or every three months if having condomless sex with new or casual partners’.

And, though some might find the statistics scarier than a slasher movie marathon, there was some good news. Cases of genital warts decreased over the year by 4%, while the total number of new cases of STIs diagnosed in England decreased by 0.3% when compared to 2013.

So, before you start having STI-related nightmares, it’s important not to panic. Remember: your sexual health is in your hands, and it’s actually pretty easy to stay safe.

Here’s how to practise safe sex and avoid becoming a scary statistic:

2. Don’t forget that oral sex can lead to STIs such as herpes, syphilis, gonorrhoea, chlamydia, Hep B & C and the HPV virus too. You should avoid oral sex if you have any cuts or sores in your mouth, as infection can be transmitted through open wounds. Dental dams and condoms are also advised.

3. Monitor any symptoms you might be having, especially if you are having unprotected sex, or have multiple sexual partners. STI symptoms include unusual discharge, pain or bleeding during sex, and rashes or sores around the genitals. Get a full list here.

4. You should also be aware that not all STIs come with symptoms (around 50% of men don’t experience any symptoms from chlamydia), so it’s best to get checked after unprotected sex even if you feel completely healthy.

5. Lastly, don’t leave it too late if you think there’s something scary going on down there. Get to the doctor as soon as possible because the longer you leave an STI untreated, the more gruesome things can turn out… 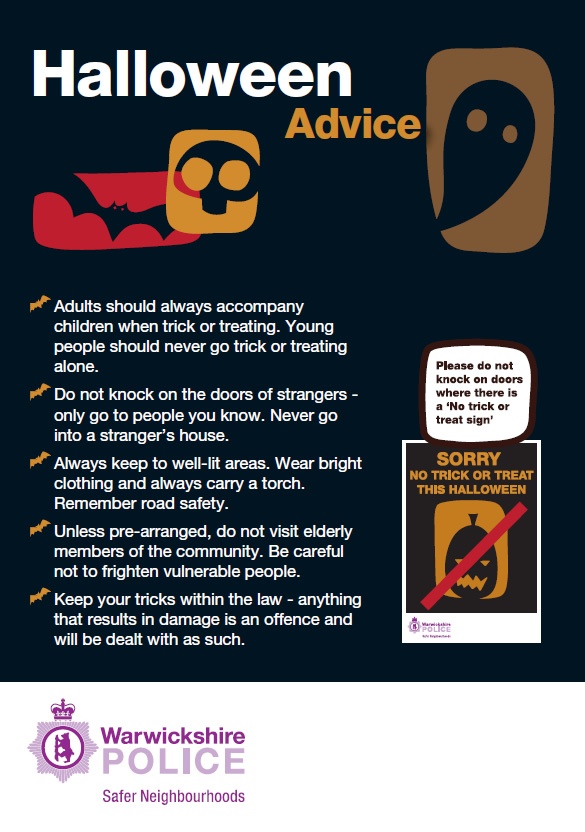 Have a Happy & Safe Halloween