The former health secretary says he is prepared to go to the police with the “serious allegations” if the Government does not act. 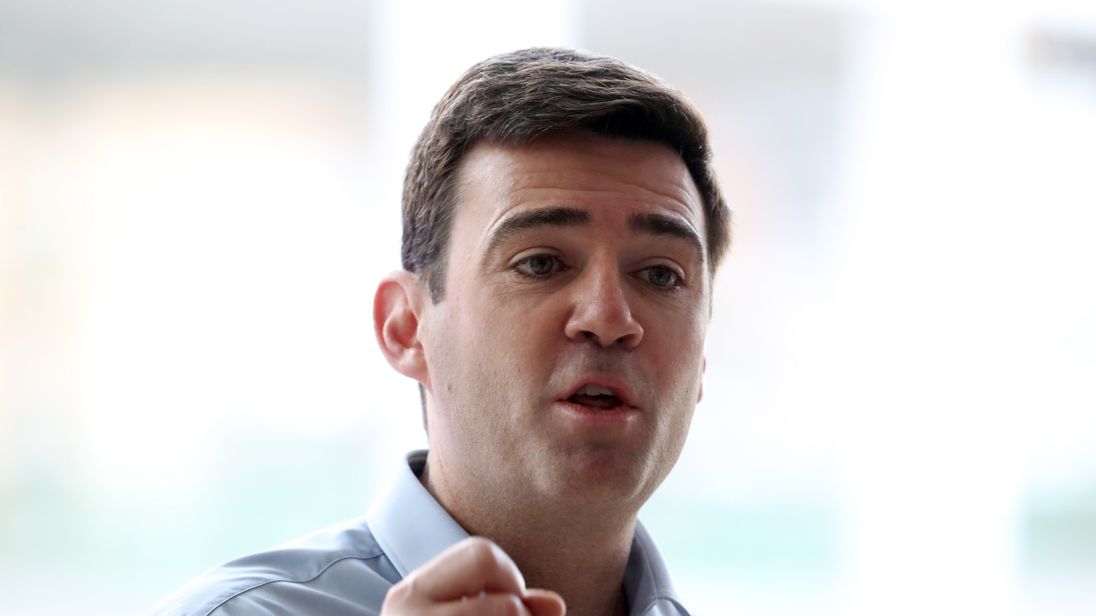 Labour’s Andy Burnham has told Sky News he has “extensive” evidence from victims of the contaminated blood scandal.

The former health secretary, who is now mayor of Greater Manchester, says he is prepared to go to the police with the “serious allegations” if the Government does not act.

Prime Minister Theresa May is facing calls to announce a Hillsborough-style inquiry into allegations of a cover-up and claims that patients were not told of the risks, even after the dangers became clear.

A joint letter signed by six opposition leaders calls the scandal, which has claimed the lives of at least 2,400 people in Britain, “one of the worst peacetime disasters in our country’s history”.

The number includes many haemophiliacs who died from hepatitis C and AIDS-related illnesses after receiving contaminated blood products from the NHS in the 1970s and 1980s.

Mrs May has promised that health ministers “will look at any new evidence that is brought forward”, and the Department of Health said the amount of money spent on payments to victims was increased to record levels in 2016.

The six leaders, including Labour’s Jeremy Corbyn and the Democratic Unionist Party’s Nigel Dodds, said in their letter: “We believe those affected have a right to know what went wrong; and why.

“Whenever public disasters of this kind take place, Government has a fundamental duty to support those affected in getting the answers they need; to disclose everything they know; and to ensure that officials are called to account for their actions.

“We regret that for many decades, the victims of the contaminated blood scandal have been denied this right.”

Supplies of the clotting agent Factor VIII were imported from the US, some of which turned out to be infected. Much of the plasma used to make the product came from donors like prison inmates in the US, who sold their blood.

The joint letter calls for the inquiry to “investigate the role of profit-making American firms in supplying blood factor concentrates to people with haemophilia”.

Liz Carroll, chief executive of The Haemophilia Society, welcomed the publication of the letter and said she hopes the PM “acts swiftly to right this historic wrong”.

She said: “Almost 2,500 of our members have died and will never see justice while 2,500 more still suffer with substantial health issues.

“Despite support from the Government, many continue to live in poverty – with an uncertain future – unable to work as careers were cut short due to ill health or to care for loved ones.

“The Government have said that no liability has been shown, however there has never been an inquiry with a remit to investigate and challenge this claim.”