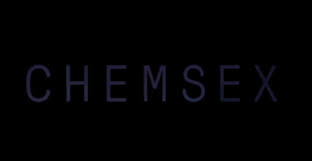 This phrase is becoming well known amongst gay / bi-sexual men which best describes having sex under the influence of “recreational drugs”. This can sometimes mean a cocktail of various drugs are taken before and during sex.

Consuming large amounts of alcohol and taking “recreational drugs”, as well as other substances believed to enhance sex has long been associated with the gay scene and men who have sex with men (MSM).

The use of chemicals during sex along with attending organised sex parties carry there own risks and dangers to a person with a bleeding disorder.

“Slamming” is a term used to describe injecting drugs.

Why do people have Chem Sex?

People may get involved with chem sex for the following reasons:

To overcome fear of rejection

To cope with stigma over HIV or Hepatitis C (HCV)

To overcome problems in the past, including sexual abuse

To achieve ‘better’ sex, that lasts longer (although many say that chem sex is actually less satisfying)

To connect to others, to feel part of a community

Because “everyone’s doing it”

Because of peer pressure

How is chem sex different to any sex under the influence of drugs or alcohol?

Chem sex can sometimes last several days. People often ignore the need to sleep or eat during this time. The drugs make people able to have sex for much longer, often with more partners.

Chem sex also reduces caution and awareness of risk around sexually transmitted infections. Because of this, if drugs are injected, sharing needles is common. The drugs make people less aware of injury, pain or fatigue, making sex far more likely to be dangerous.

Also, side effects from chem sex both when high and afterwards are more severe than with most other recreational drugs.

What are some of the side effects and consequences of chem sex?

Chem sex can cause people to become disorientated or unconscious. There is a high risk of sexual assault, which may not be remembered or understood as such.

Drugs used in chem sex can interact badly with each other, other drugs or alcohol and medication, for example HIV medication, causing dangerous reactions or an overdose which could be fatal. It is very difficult to predict how chem sex will affect each person.

People with HIV may not take their medication all of the time when engaging in chem sex. This affects their health and makes them more likely to pass on the virus.

Chem sex drugs are often injected or “slammed”. This gives higher risk of injection-related and blood-borne infections like HIV and Hepatitis C.

Sexually transmitted infections are common in chem sex. This includes HIV, Hepatitis C and Shigella. People getting the same infections repeatedly is common. An increase in new HIV cases has been linked to chem sex.

The drugs used in chem sex are highly addictive and can cause loss of employment, money, housing, partnerships and friendships. 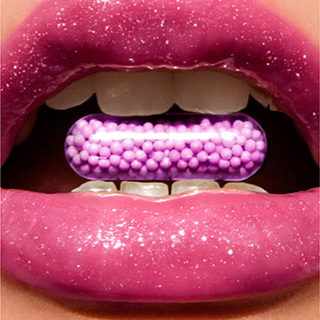 Currently the most commonly used drugs are:

Is it a problem here?

Yes. Don’t assume that chem sex is someone else’s problem.

Chem sex has been well documented at GUM/HIV clinics in London over the last decade.

London has the most concentrated chem sex culture in Europe and perhaps globally. Across the UK, new cases of HIV are increasingly linked to chem sex. While chem sex seems concentrated in urban areas, on-line dating and ‘hook up’ apps mean that the culture can spread into less urban areas much more quickly.

Also, while the majority of chem sex seems to happen in cities, people come from outside the cities to engage in chem sex.

Is there talk within Haemophilia, medical staff and patients?

A major barrier to treatment for people who engage in chem sex is fear of being stigmatised by medical / sexual health staff.

Due to the current lack of research into chem sex within the heterosexual community, the focus has obviously centred around the prevalence in the gay community and among people who choose to have multiple partners. These figures may not accurately identify the true numbers of those engaging in chem sex, as gay men are more likely to attend a GUM clinic than heterosexual or Bi-sexual men.

Some service users from these communities report feeling ‘judged’ or disapproved of by sexual health staff and may choose not to disclose the nature of their sexual activity.

Worse still they may choose not to engage with sexual health services at all.

You may have been attending the same Haemophilia Unit for many years and so talking to centre staff can be awkward. Some staff at your centre may feel uncomfortable about discussing sexual issues with you. This may be because they do not feel sufficiently informed or trained to do so. However, they can refer you to someone who is trained to do this.

You can also ask to talk to a man if you prefer.

Haemophilia / medical staff should be aware of their own unconscious biases and ensure they ask the right questions in a neutral and supportive way. This can help achieve a more inclusive and effective service for everyone as well as providing a more protective level of care.

Having a regular sexual health check up, the same way you do for your Haemophilia, is a good routine to get into.

All you need to know about chem sex but never dared to ask.

ChemSex (the movie) is a brave and unflinching journey in to the dark underworld of modern, urban gay life in the UK

This study explored drug use in sexual contexts among gay men and bisexual men who lived in South London.

The Chemsex Study was an exploratory, mixed-method research project that explored drug use in sexual settings among gay and bisexual men living in Lambeth, Southwark and Lewisham (LSL). This executive summary describes the background, methods and an overview of key findings. These will be of use to anyone working to reduce harms associated with drug use, across the sexual health, drug harm reduction, health promotion and social care spectrum.

Alternatively, contact details for other support organisations can be found on the Haemosexual, Support and Information page.