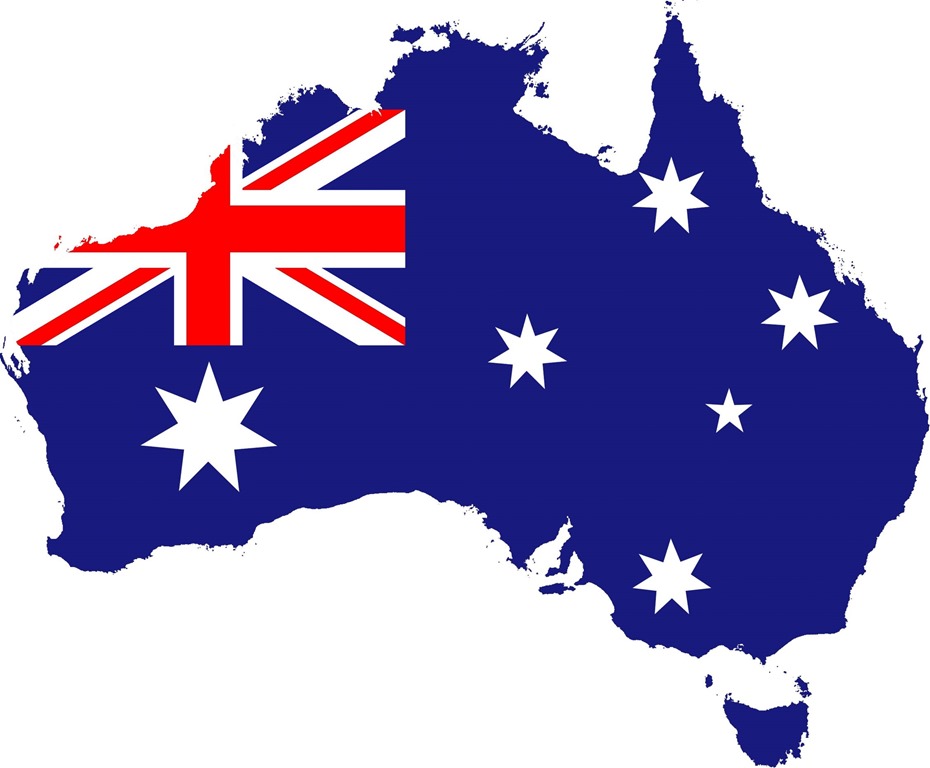 “I am so proud to call myself a friend of Charles MacKenzie from Australia.

For the first time, on both sides of the planet, victims of the tainted blood scandal are working together. The path to bringing those responsible for terrible human injustices before an inquiry has not been easy.

Together we are demanding these two so called civilised nations now do the right thing by bringing to an end decades of avoidable misery, pain and neglect.

We believe Malcolm Turnbull, The Australian Prime Minister will go down in history as the man who restored dignity and respect to victims, along with protecting future generations by ensuring vulnerable people will never be subjected to a scandal like this again”.

It was the birthday gift of a lifetime for Lake Macquarie man Charles MacKenzie, when embattled United Kingdom Prime Minister Theresa May ordered an inquiry on Tuesday into the “tainted blood” scandal.

Ms May would not have heard it, but on the other side of the world Mr MacKenzie jumped up and celebrated the news.

“It was the best birthday present she could have given me because this is massive for Australia. This is huge. This is going to be a warts and all investigation of one of the UK’s greatest health scandals and they’ve only got one-third of the victims we had in Australia,” Mr MacKenzie said.

“After all these years of fighting the Australian Government, they’re going to have to pay attention now. And we need nothing less than a judicial inquiry here.”

Ms May ordered a “Hillsborough-style” inquiry into how at least 2400 people in Britain died from hepatitis C and Aids-related conditions after receiving transfusions of government-supplied imported blood products in the 1970s and 1980s, and thousands more were left with permanent and crippling conditions.

Ms May’s decision this week followed years of campaigning by “tainted blood” survivors and their families, an unprecedented letter by the leaders of all the UK’s opposition parties calling for an investigation, and a stunning threat by the former UK health secretary who oversaw the “tainted blood” period, Andy Burham.

Mr Burham used his last speech as an MP to demand a public inquiry into “tainted blood”, and warned that if Ms May failed to act he would hand police a dossier of evidence on July 26 he claimed would expose “a criminal cover-up on an industrial scale”.

Mr MacKenzie said up to 20,000 Australians – including babies, children, women after childbirth and haemophiliacs – are believed to have received “tainted blood” transfusions in the 1970s, 1980s and 1990s.

An unknown number died and others developed, or could develop, serious liver disease, liver failure or liver cancer, at a rate “generally much higher” than people who contract the condition by other means, primarily illicit drug use, a Senate inquiry in 2004 was told.

For the past three years the two have written to Australian health ministers asking for figures of the number of Australian victims contacted by the Australian Red Cross Blood Service Lookback programme.

The victims and their families who have suffered so much pain and hardship deserve answers as to how this could possibly have happened.

“We don’t even get responses,” said Ms Long.

Parliaments in Canada, Ireland, Japan, New Zealand, the United Kingdom and Scotland have issued formal apologies to “tainted blood” victims in the past five years. Former UK prime minister David Cameron said in March, 2015: “It is difficult to imagine the feelings of unfairness that people must feel at being infected by something like hepatitis C or HIV as a result of a totally unrelated treatment, and to each and every one of those people, I would like to say sorry on behalf of the government for something that should not have happened.”

In Scotland in 2016 the government agreed to pay immediate compensation payments to victims, with lifetime pensions.

After Mr Cameron’s apology Ms Long wrote to then Australian Prime Minister Tony Abbott, asking what had happened to the Australian response.

The letter was referred to then Health Minister Sussan Ley.

In September 2015 Ms Ley wrote: “I wish to restate that I am deeply sorry to learn of the personal and physical suffering experienced by those who acquired hepatitis C from blood transfusions”, and the government acknowledged “the significant burden of this disease including the stigma”.

The response angered Mr MacKenzie and Ms Long, who called the failure to apologise and provide “case-managed” support for “tainted blood” victims a national disgrace.

“How can the UK apologise for a medical disaster, and Australia can’t, even after its own Senate recommended an apology?” Ms Long said.

An apology was vital for many reasons, including an acceptance of responsibility by federal and state governments, she said.

“People affected by one of Australia’s worst medical disasters can begin the important process of being able to show loved ones, employers and treating doctors that their infections were the outcome of an appalling tragedy and not the result of any illicit activity such as taking drugs.

“An apology will go some way to removing this ugly blood stain on Australia’s record.”

A 2004 Senate inquiry heard devastating evidence from victims who received hepatitis C in blood transfusions during childbirth and suffered debilitating symptoms, but did not discover the condition until years later. In at least one case a newborn baby was infected by hepatitis C because of a “tainted blood” transfusion.

“It’s the great unmentionable – how governments knew people would be infected with hepatitis C if they were given blood transfusions, but people weren’t told, and screening tests that could have been done, weren’t,” Mr MacKenzie said.

“Blood services were extremely aware there was a virus being transmitted to people, but they chose to do nothing about it. They just destroyed people’s lives.”

The Senate inquiry was told a screening test for hepatitis C was available from 1986, but only Queensland blood services used it.

It was not until February 1990 that a hepatitis C screening test was used in other Australian states.

Haemophilia Foundation Australia (HFA) told the Senate inquiry it appeared “issues such as test sensitivity and specificity, cost and fears about reduced blood supply were considered more important than the seriousness of hepatitis”.

The Australian Red Cross Blood Service said the level of blood donations in the late 1980s was a “major concern”, and up to five per cent of donations might have been rejected if the screening test was applied.

The Senate inquiry heard Federal and state governments, health departments and blood services across Australia knew some blood transfusion recipients would be infected with hepatitis C without the screen tests.

“The blood services were extremely aware there was a virus that was being transmitted via blood transfusions, but they chose to do nothing about it,” Mr MacKenzie said.

“So many of the cases were women who had blood transfusions after birth.”

Many were not aware they had been infected with hepatitis C until years later. Many suffered from serious and debilitating symptoms for long periods without knowing they had a serious viral condition.

The inquiry heard evidence from angry witnesses who had not been contacted by the Australian Red Cross Blood Service about their infections. Others expressed shock when they were advised by a letter from the Red Cross that they had hepatitis C.

Others told how a hepatitis C diagnosis had made them outcasts in their own families because people believed they had contracted the virus through illicit drug use.

“My brother and sisters who are Catholics have shut all doors on me. I am an outcast. They don’t want to know,” one witness said.

“It is the little acts that occur within the family unit, that suddenly take on a more sinister meaning in the face of hepatitis C infection. Sharing razors, accidentally using someone’s toothbrush, your four year old putting a band-aid on your cut and kissing it better, the way you have done for him. You wonder at what point you may have compromised the safety and well being of those you care about the most.”

Mr MacKenzie said the “tainted blood” issue was “first and foremost, a human tragedy that has destroyed the lives of many men, women and children”.

“Suffering of the greatest magnitude is being endured by people whose only mistake was to place their faith in the managers of Australia’s blood supply,” he said.

Mr MacKenzie said the UK inquiry would expose how authorities failed individuals who received blood transfusions, and failed again by covering up.

“I’ve done my level best for the last three years to get figures on how many Australians have been affected and contacted by our government, but the government refuses to respond.

“We have to ask the question – how is it that the UK, with less than a third of the victims we have in Australia, recognise the need for a warts and all inquiry, but in Australia we’re basically doing nothing.” If you want to know why “tainted blood” victims – those who are still alive – and their families are still outraged and despairing of government responses to this most tragic of human health disasters, you need only read how foreseeable the disaster was.

And if politicians of all persuasions want to know why Australians voted the way they did on July 2 – with a reasonable percentage of people giving the finger to the major parties – they need only look at how governments across this country responded when a foreseeable health system failure had a catastrophic impact on thousands of people.

Or didn’t respond, as is the case here.

It’s just one example of an institutional failure having a catastrophic impact on individuals, where those most responsible try to avoid responsibility, individuals are left fighting institutions, and governments do as little as possible. A VICTIM of one of Australia’s worst health scandals wrote a furious letter on December 23 to the then federal Health Minister Sussan Ley on behalf of thousands of other victims, that ended with the line: “It’s our morals versus yours. What’s it going to be, minister?”

In England, Scotland and Ireland in the past two years governments have apologised and agreed to compensate people who contracted hepatitis C after blood transfusions in the 1980s and 1990s, from donors known to have had the life-threatening virus.

Many of the victims were women receiving blood transfusions after childbirth.

In Australia Ms Ley did not respond to invitations to meet Dora Creek hepatitis C victim Charles MacKenzie and Medical Error Action Group campaigner Lorraine Long. She did not respond to repeated requests since 2015 for the Federal Government to act on Senate inquiry recommendations in 2005 for a formal apology to victims, a financial fund and “case managed” support for people affected.

On December 23 Mr MacKenzie and Ms Long wrote: “Here we have Australia’s health minister who refuses to apologise to victims of the blood scandal. The problem is there’s been a whole line of you.